STREET PARTY at Bovill Square on Main Street in Smithers

Come celebrate a major WIN in the Arts! Saturday September 17, 2022 from 2-6pm we are hosting a “Grammy Block Party” to celebrate Alex Cuba's recent win of the recording industry’s top prize — the Grammy Award! The street party will feature bands from around the region, local Witsuwit’en drummers, speakers, and of course food trucks and a beer garden (cash bar)!

JOIN us, RSVP and stay updated by following our FACEBOOK EVENT »

WATCH the LIVESTREAM (scroll down to see) The Street Party will feature concerts to celebrate Alex Cuba by local friends and recording artists Mark Perry, Rachelle van Zanten, Earthchild, Elijah Quinn, Colin Maskell & Funk Trunk, and the Ewh Hiyah Hozdli Drummers. The event is being organized by Tourism Smithers, the Smithers District Chamber of Commerce, and the Town of Smithers.

Alex Cuba’s Grammy for “Best Latin Pop Album” is distinct in honoring him not only for his work as a musician but for the full gamut of “Artist/Producer/Engineer” for his most recent album, Mendó which he recorded in his living room in Smithers, BC – a first for him – during the pandemic.

“This Grammy award is an incredible lifetime achievement for so much of what Alex has accomplished,” says Sheena Miller, Executive Director of the Smithers District Chamber of Commerce.

“He’s had a huge influence on the music industry in BC and in Canada, especially on Latin music in Canada, and this Grammy Award is just one confirmation of all that.” 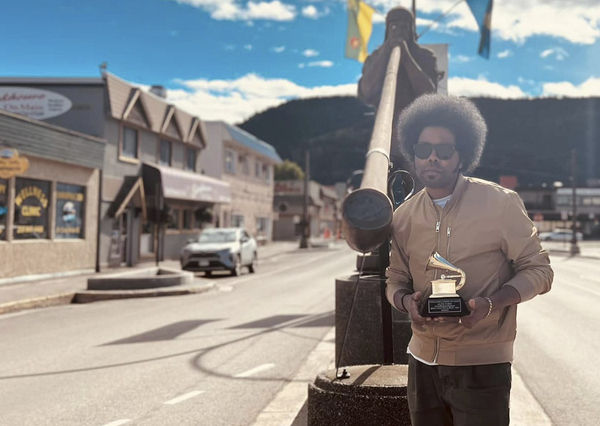 That view is also endorsed by Ontario’s Queen’s University, awarding Alex Cuba with an Honorary Degree of Doctor of Laws this October in recognition of his artistic and cultural impact as a Cuban-Canadian musician in Canada. Cuba is a prolific recording artist who collaborates generously with other popular Canadian artists like Jim Cuddy, Nellie Furtado, and Ron Sexsmith among others. 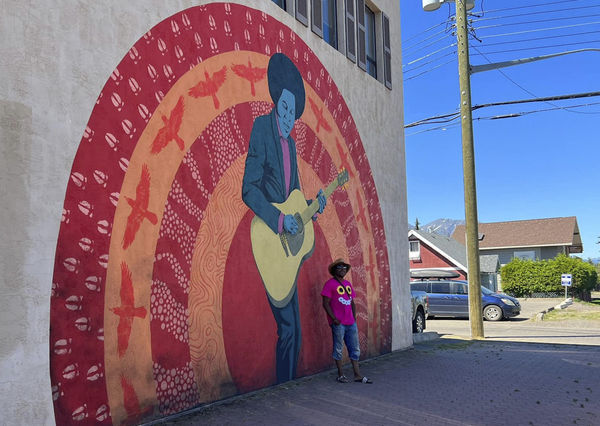 This mural, was designed and painted by local artist Facundo Gastiazoro in July 2022and lives at 3rd Ave & Main Street in Smithers, BC

Smithers Mayor Gladys Atrill applauds Cuba and his contributions to the community.

“Alex is an amazing role model and inspiration for local musicians and artists. We have many talented people in Smithers, and Alex has provided fantastic opportunities, taking local musicians on international tours, hiring local artists and filmmakers for his award-winning music videos and supporting the community ,” she says. “He also speaks proudly of living in Smithers, calling this his home town. He lets people everywhere know you can live here, and have an international career. We appreciate his love of community and want to give that love back to him.”

Can't make it to the event?
Watch our LIVESTREAM here: 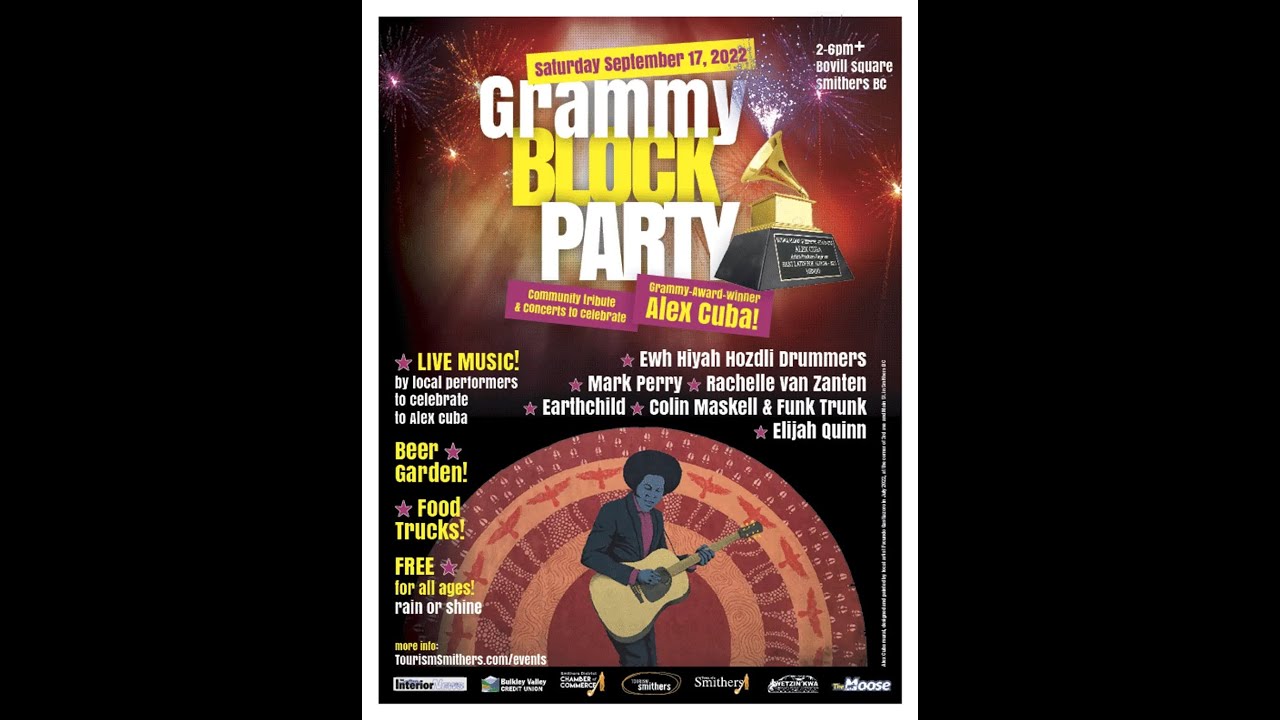 Catering company based in Tellkwa, BC